Our Inspiration Behind ... The Yorktown

On April 19, 1943, the USS Yorktown became one of the 24 Essex-class aircraft carriers commissioned to serve in WWII, and less than a year and a half later, she began a series of offensive campaigns in the Pacific Theatre. Fondly dubbed America's "Fighting Lady," the USS Yorktown remained in service for twenty-seven years and retired with sixteen battle stars. Today she acts as a museum ship at Patriot's Point, and even on an overcast day, she can be seen looming over Charles 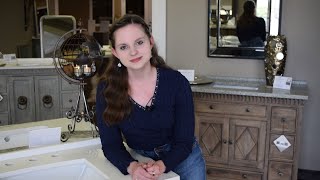 L & K Designs Supports the use of Sustainable Wood

Our Inspiration behind ... The Nantucket